Are you a University of Nebraska-Lincoln faculty member, staff member, or teaching assistant who builds relationships with students? You are invited to a special event to discuss establishing strong recruitment pipelines for undersubscribed national and international fellowship opportunities.

Alumni award recipients and special guest speakers will discuss fellowships for undergraduate and graduate students, including the Goldwater Scholarship for Excellence in Scientific Research, the Churchill Scholarship for Cambridge University, Fulbright U.S. Student Program Study/Research grants, and the National Science Foundation Graduate Research Fellowship Program. These awards range in value from $7,500 to over $100,000.

Participants will learn how to:

*Please note the new date and time; this event was rescheduled from September 8 to September 22, 2021. We apologize for any inconvenience. 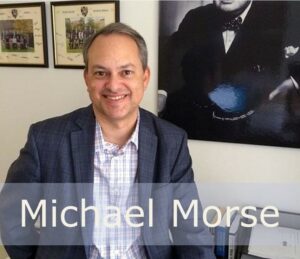 Michael Morse became Executive Director of the Winston Churchill Foundation in June 2015. He spent the previous 10 years working in development for science and higher education, first at the Royal Society (where he helped launch a £100 million campaign) and then at the University of Oxford.

Michael has written three popular books: How the Celts Came to Britain (2005), All-New Baseball Brainteasers (2007), and co-authored with his wife, Dimitra Papagianni, The Neanderthals Rediscovered (2013), which won the Society for American Archaeology 2015 Book Award.

Michael grew up in New York City, spent 15 years in the UK, and now resides with his wife and their three children in Westchester, New York. 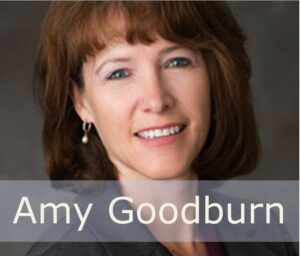 Goodburn came to the Office of the Executive Vice Chancellor in 2011 as an associate vice chancellor to focus on student success. She subsequently took on additional duties related to student retention, graduation and achievement, and has overseen the launch and advancement of several programs that have enhanced student progress, including various advising, transfer and orientation initiatives. Between 2015 and 2017, she was Nebraska’s interim dean of enrollment management.

In 2012, the university implemented MyPLAN, or My Personal Learning and Advising Network, a way for students to communicate with faculty and staff. Students can schedule with instructors and advising support staff and search through available resources. Faculty and advising staff can follow students through their university careers, recording notes, scheduling appointments, accessing basic student information and communicating with university staff and faculty. In 2015, the university earned one of three national Starfish Solutions 360 awards for MyPLAN’s successful university-wide implementation.

Also during Goodburn’s tenure, the university has increased first-year academic learning communities from 10 to 26 and has launched the Center for Academic Success and Transition, the Military and Veteran Success Center, the Office of Undergraduate Research, and the Center for Transformative Teaching. In 2013, the university began the Academic Probation Recovery Program, which earned University Business’s Model of Excellence award in 2016. Goodburn has led the creation of several recruitment and retention programs, such as First Huskers, Emerging Leaders and Nebraska Now.

Goodburn, a professor of English who joined the Nebraska faculty in 1994, has been recognized with a College of Arts and Sciences Distinguished Teaching Award, the university’s Scholarly Teaching Award and induction into the Academy of Distinguished Teachers at Nebraska. She earned her bachelor’s degree in English and political science at Miami University, and her master’s degrees in English and English education and her doctorate in English (composition and rhetoric) from the Ohio State University. 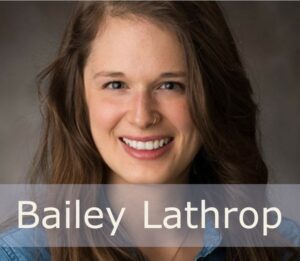 As an undergraduate in the UNL University Honors Program, Bailey Lathrop majored in Geology and Anthropology, with minors in Spanish and Mathematics, and studied abroad in Buenos Aires. In 2016-17, they received a Fulbright U.S. Student Study/Research grant to study the sedimentology of the Cuyo Group in the Neuquén Basin, working with the Centro de Investigaciones Geológicas/CONICET and the National University of La Plata, Argentina.

After Fulbright, they received a Presidents Scholarship to study normal fault growth with the Basins Research Group in the Department of Earth Science and Engineering at Imperial College London. They recently submitted their dissertation and have started a position as a teaching fellow at Imperial College. 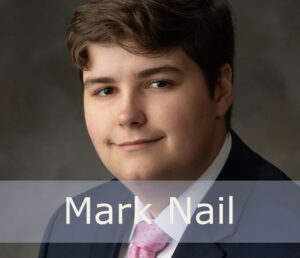 Mark Nail, from Leawood, Kansas, studied Mechanical Engineering (B.S.), Computer Science (Minor), and Business (Minor) at the University of Nebraska – Lincoln and the Jeffrey S. Raikes School and was a member of the Ronald E. McNair Scholars Program. During his time at UNL, he found something he truly loved doing through research at the Nebraska Intelligent MoBile Unmanned Systems (NIMBUS) Lab under the guidance of Dr. Sebastian Elbaum and Dr. Carrick Detweiler. This research opportunity allowed him to make Honorable Mention for the Goldwater Scholarship his junior year and receive the scholarship in his senior year. He was also awarded an Honorable Mention for the NSF GRFP his senior year, through his work in the NIMBUS Lab.

After graduation, Mark moved onto a Ph.D. in Robotics at the University of Michigan and is co-advised there by Dr. Ella Atkins and Dr. Brent Gillespie. 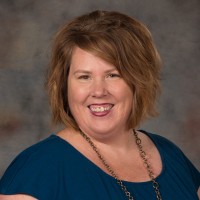 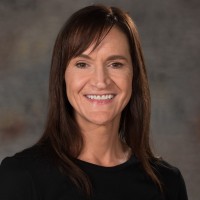 These awards cultivate communication skills and develop leadership potential toward careers in education, including teaching, training, and education policy.

These awards cultivate communication skills and develop leadership potential toward careers in fine and performing arts, writing and publishing, film …